Type of objectSingle-family and villa´s

The family house of the architect Milan Zloković – Villa Kaja – built in 1927. in the Neimar settlement in Vračar marked the penetration of modern architecture into the Belgrade environment. The characteristic of the location – the corner of two differently leveled streets – conditioned the basic structural conception of the building based on three-dimensional solution of the interior volume in relation to the leveling of the terrain, while the inverse design can recognize the inverse principle of Raumplan, according to which contextuality conditioned the volumetric and geometric setting. There are four apartments in three levels – the main and largest apartment of the architect Zloković, on the ground floor from Internacionalnih brigada Street (before Prestolonaslednikova Street, i.e., Kraljevića Tomislava Street) – the central level of the house, and two smaller apartments for rent on the first floor and one on the ground floor from Janka Veselinovića Street (before Nova Street). The position of the house is additionally emphasized by the gradation of the masses towards the street corner, instead of the usual accentuation of the corners, so that the whole is seen by the erosion of the volumes and their gradation. At the time when it was built with its modern aesthetics, it dominated the poorly built Neimar, as evidenced by the photographs taken during the construction of the house. 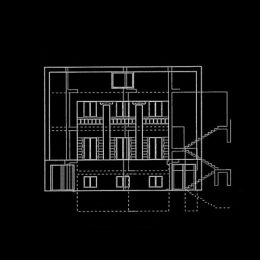 Belgrade, Serbia
Dalmatinska 79
1928–1930
Nevena Zaborski's house is designed as a two-storey family house with one apartment - living room on the ground floor and bedrooms upstairs. In the exterior design, the street facade is symmetrical and treated like a smooth wall surface. The painting treatment of the facade is accentuated by a wide frame.
Read more

Belgrade, Serbia
Mozerova 7
1929–1931
The city family villa of a prominent Zemun resident of German origin, Bruno Moser, the owner of the Moser family winery, is a unique example of the architecture of this type of residential building in Belgrade architecture from the early 1930s.
Read more 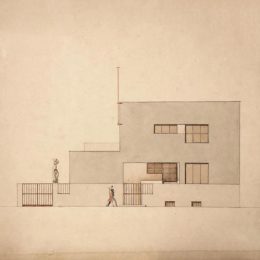 Serbia, Belgrade
Osmana Đikića 20
1932–1933
Among a number of modern family houses - villas built in Belgrade during the 1930s, in which the influences of the modern movement were mostly formally applied, Zloković's Villa Prendić, owned by lawyer Jovan Prendić, stands out, in whose architecture the principles of modernism are treated much more consistently and comprehensively.
Read more 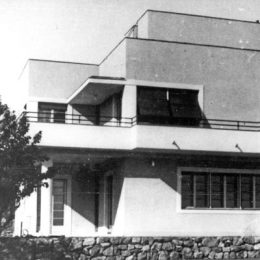 Belgrade, Serbia
Generala Šturma 4
1933
With the architecture of Villa Šterić, owned by Dragoljub Šterić, Zloković continues to consider the spatial and organizational concepts of single-family residential buildings. Conceived as a detached family house on a plot, withdrawn from street regulation, Villa Šterić is spatially directed towards the garden towards which the cubes of the building are lowered.
Read more