Type of objectMulti-apartment buildings and settlement

Among several residential buildings designed for the Belgrade investor and owner Josif Šojat, an interpolated multi-storey building (residential building with rented apartments) in 33 Kralja Milutina Street stands out, with which Zloković brought the spirit of Mediterranean profane architecture into the Vračar city agglomeration, making several form gestures atypical for the previous Belgrade architecture. Four zones of different horizontal treatment can be recognized on the street facade, with the lower zone of the entrance pedestal and the upper zone of the loggia with three arched openings each creating an almost identical link between interior and exterior space – between privacy and urbanity. The architecture of the facade includes decorative elements that stylistically belong to the Romanesque, early Italian and Venetian Renaissance. The art of the façade is completed by reliefs and a façade sculpture by the sculptor Živojin Lukić and an allegorical fresco composition by the painter Mladen Josić in the upper zone of the façade, which grows into a final frieze and an accentuated final wreath. Created in the interaction of three artistic disciplines – architecture, sculpture and painting – the house of Josif Šojat is a unique example of Belgrade residential architecture of the first half of the 20th century. The eclectically shaped and inventively composed façade, along with the modernized structuring of the corpus, points to Zloković’s transitional phase, from historicism to modernism. 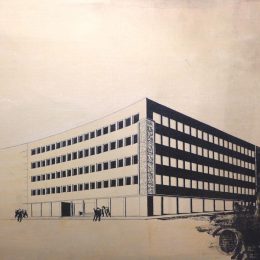 Home for the disabled in Mali Kalemegdan

Belgrade, Serbia
1928
The competition work for the building of the Home for the Disabled in Mali Kalemegdan is a lesser-known Zloković project from an earlier period of creativity, which is now available to researchers in the archive collection of Milan Zloković at the Belgrade City Museum.
Read more 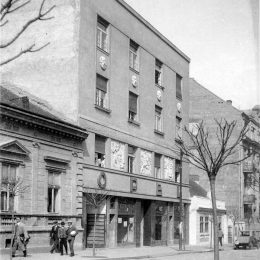 Belgrade, Serbia
Kraljice Natalije 64
1930–1931
The residential building of Petar Petković, which housed an Opel representative office with retail space, is a typical urban interpolation, which in addition to the basic street block of the residential function has an extension to the ground floor in the second part of the plot.
Read more 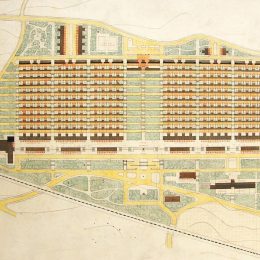 Rijeka, Croatia
1947-1948
The dominance of social ideas and active advocacy for the rights and position of workers in the new socio-political order after the Second World War, around the world and in the new socialist Yugoslavia, is dominated by aspirations to provide workers with housing worthy of their merits in the renewal and upbuilding of the state.
Read more 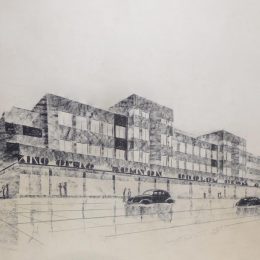 Housing for clerks in industrial enterprises

Belgrade, Serbia
oko 1950
The competition work for the residential building for clerks of industrial enterprises in Belgrade, of which two drawings have been preserved, represents an unknown Zloković design from the post-war period of creativity, which is now available to researchers in the Milan Zloković Collection at the Belgrade City Museum.
Read more 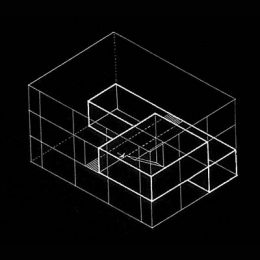