In Zloković’s architectural work, his significant contribution to the design development of the typology of health facilities in Serbian modern architecture stands out, both in the interwar and postwar period, through several significant realizations and conceptual solutions. One of those realizations is the Public Health Center in Risan (Montenegro), built in the late 1930s, which is also an example of modern facilities that Zloković built in smaller towns, contributing to the development and humanization of the local community. After the project for the University Children’s Clinic, which ended in the Second World War, Zloković worked on three more health facilities projects until the construction of the Health Center in Risan – Stevan Semze Hospital in Sombor (Serbia), the Pavilion of the University Clinic for Infectious Diseases in Belgrade and the hospital (maternity hospital?) for an unknown location, through which he typologically improved modern design aspects. Elaborating on the basic archetypal structure of the hospital in Risan and guided by the functionality of its contents, Zloković used a system of modular measures adapted to the basic structural system (reinforced concrete structures) and applied in determining the size of openings, layout and relations of individual parts of the building structure (parts and elements of the façade, pergola over the access annex raised on pillars). In the panorama of Risan, modern geometrized architecture contrasted with the bare mountain massif in the hinterland of the place, but its character, human-sized and rational in design, rested on the architectural values ​​of the Mediterranean. 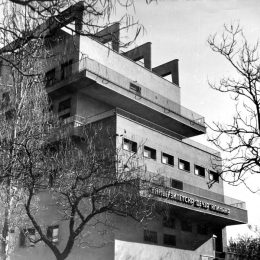 Belgrade, Serbia
Tiršova 11
1933, 1936-1940
Founded in 1924, immediately after the formation of the Faculty of Medicine in Belgrade, the University Children's Clinic was an independent health institution for which a new purpose-built building was erected between 1936 and 1940 according to a project by Milan Zloković.
Read more 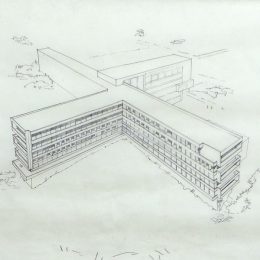 Gynecology and Obstetrics Clinic of the Faculty of Medicine

Belgrade, Serbia
1949
Zloković's post-war work, left in the shadow of his pioneering achievements of mature modernism, left a unique architectural trace in Serbian architecture of the second half of the 20th century, in which multilayered design experiences were sublimated and continuous research work aimed at understanding and permeating scientific and artistic components of architecture.
Read more