Type of objectAdministration and business

Level of protectionNational Monument of B&H

A significant achievement of Milan Zloković in Bosnia and Herzegovina, which is related to the completion of the first phase of his work, is the building of the State Mortgage Bank in Sarajevo, awarded the second prize of the first rank. The competition work was submitted under the code for which Cicero’s sentence HONOS ALIT ARTES (Latin translation Honor (or glory) nurtures art or Honor comes from art) was used, which was also the motto of the work, and Zloković’s authorial attitude – credo. Zloković based the original solution on historicist templates of Italian palaces with an accentuated central zone of the first floor – piano nobile – in the form of a five-arched arcade loggia with a rough stone profile of columns corresponding to the arched stone window frames and ground floor entrances. The smooth surface of the façade walls was taken over on a later modified solution on which there are no more arched elements, while a slightly different proportional and dimensional basis of the volume was more suitable for the existing urban situation. The stone cladding and a series of five high pilasters with stylized Ionic capitals gave the bank building a more pronounced monumental expression. In the architecture of this banking palace, which exudes moderation and rigor, Zloković sublimated his knowledge of classical architecture, expertly translated into a modernized academic language complemented by works of sculptural-relief compositions. 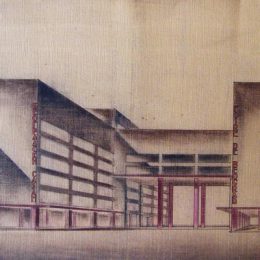 1929-1930
A notable conceptual solution from Zloković's early modernist phase is the competition work for arranging the Terazije Terrace in Belgrade, considered a space of significant urban-architectural intervention in the central city zone.
Read more 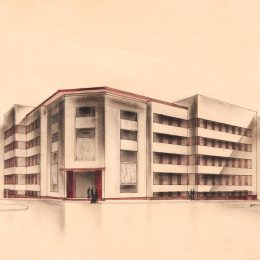 Palace of the Privileged Agrarian Bank

Belgrade, Serbia
1930–1931
The competition work for the Palace of the Privileged Agrarian Bank in Belgrade is a lesser-known Zloković design from an earlier period of creativity, which is now available to researchers in the Milan Zloković Collection at the Belgrade City Museum.
Read more 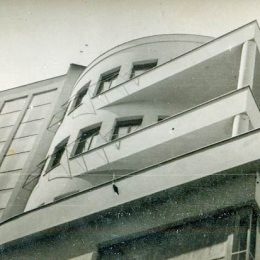 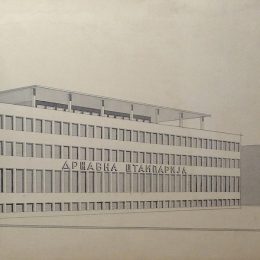 Belgrade, Serbia
1933
Among the architectural competitions that were announced for state institutions in Belgrade during the 1930s, was the competition for the State Printing House from 1933, in which many leading Yugoslav architects participated.
Read more 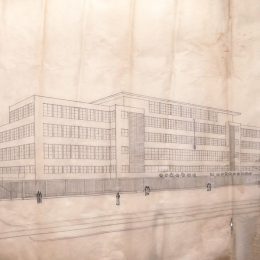 Belgrade, Serbia
1936
The competition work for the building of the State Postage Stamp Printing Factory in Belgrade is one of the lesser-known Zloković projects from the mature period of creativity, which is now available to researchers in the Milan Zloković Collection at the Museum of the City of Belgrade. The state markarnica, an institution where postage and tax stamps and other securities were printed, was located before the Second World War in low barracks in the area at the foot of Senjak (on the corner of Vojvode Mišića Boulevard and Ruska Street).
Read more

Belgrade, Serbia
Frankopanove and Kralja Milana
1938
After the demolition of the Albania tavern, located on the corner of Kolarčeva and Knez Mihajlova streets, a well-known meeting place for many Belgraders, which they called a mockery and unhygienic place in the city center, the question arose as to what should be built in that important location in the capital.
Read more 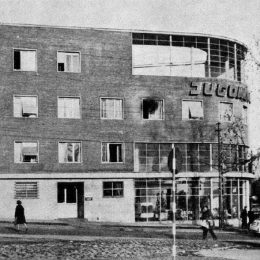 Belgrade, Serbia
Rudnička 1
1939–1940
The automotive industry of the first half of the 20th century was accompanied by a strong modernization process based on new technological and economic possibilities. In such an environment, modern architecture favored the presentation of modern achievements (products of the new industry), just as new car models were an appropriate attribute for a complete presentation of modern architectural achievements (house - machine).
Read more