From the first national festivals organized in the middle of the 19th century to large international manifestations of economic and social significance within the 20th century, world exhibitions represented an experimental field for numerous areas of economic and technical development, as well as for the scope of architectural creation. The architecture of the exhibition pavilions had a multifaceted role, often directed towards the placement of new ideas and progressive aspirations. The competition work for the Yugoslav Pavilion at the World Exhibition in Paris in 1937 is one of Zloković’s lesser-known projects from the mature period of creativity, which is now available to researchers in the Milan Zloković Collection at the Museum of the City of Belgrade. At the beginning of his career, in the mid-1920s, Zloković designed the Pavilion (shop) of the Kingdom of Serbs, Croats and Slovenes at the International Exhibition of Decorative Arts in Paris and the Pavilion of the Kingdom of SCS for the exhibition in Philadelphia, whose architectural concepts were marked by more traditional forms inspired by Balkan folk architecture, while the exhibition pavilion in Paris in 1937 represents a modernly structured exhibition space divided into several levels connected into a single fluid whole imbued with changes in height and thus with experiences of space. The pavilion is given an introverted character while its external appearance makes it a simple prismatic volume. 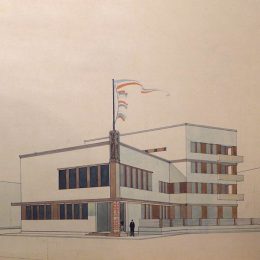 Croatia, Split
1928
The conceptual solution for the Maritime Museum in Split continues Zloković's consideration of modernist design, in this project, focused on the relations of architectural elements according to the set structure - strip windows, corner balconies, divided facade beams and corner mast.
Read more 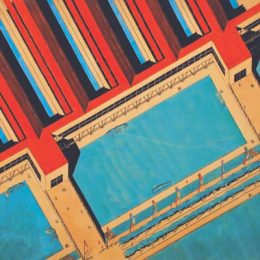 Belgrade, Serbia
1937
For a long time, the issue of building a fair that would suit Belgrade as the capital of Yugoslavia and the main economic and administrative center of the country has been raised. Although a special association was founded in 1923 with the aim of improving all branches of the economy, in which the organization of fairs was supposed to be of primary importance, only during the first half of the 1930s did more concrete activities take place on the realization of this idea.
Read more